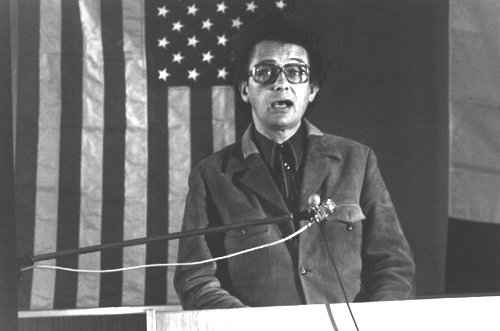 When I heard of Eben’s death . . . . I thought about the story of Moses. We all know that Moses led his people out of Egypt to find the Holy Land, the land of the Jewish people.

Moses used his whole life for the job he was given from God. Through many difficulties, he came close to the Holy Land, but he was not allowed by God to come into the Holy Land.

Moses was not allowed, but his people were allowed.

Like Moses, we can say that Eben Hopson has also been using his whole life to work for his people. He was not allowed to come into the new time; to be a member of those who will see the future.

We are gathered now here at this conference to build up a future for our Inuit people. And I think that the responsibility was taken from Eben before he had reached his goal, and others at this conference now have to fulfill what Eben as one of the most important in the history of our people has begun.

I think I have to say we have already reached a lot of things in this purpose. I’m thinking about how just some few years ago who in Greenland would have mentioned Eben Hopson’s death. Who would have been touched as we are, all of us, now.

So, in that sense, we may say we are already gathered together, our Inuit people in Alaska, Canada, and Greenland.